Raffaele Lauro was born in Sorrento the 10th February, 1944, from Luigi and Angela Aiello. Third of 4 brothers ( Luigi, Aniello, Raffaele Giuseppe ) Part time student ( has worked as hotel receptionist ). Secondary school and first degree in Classics in Sorrento ( Liceo Classico “ S. Anna “ ) with highest scores and mention. Has lived in Sorrento until 1984 and since then in Rome.

Graduate in Political Science with distinction, at the University of Studies in Naples with the thesis in History of the Afro-Asian Countries: "Repercussions of the Political and Economical Aspects of the Vietnam War".

Graduate in the faculty of Law with distinction at the University of Studies in Naples with a thesis in International Civil Rights: “ International Law and German Post-Kantian Philosophy ".

Graduate in Economy and Commerce with distinction at the University of Studies in Naples, with a thesis on Stock Exchange Trading: " Real Estate Mutual Funds: Prospects on Italian Market " .

Graduate in Journalism with distinction at the Institute of Journalism and Technical Audio-visual in Rome.

Diploma in Film Direction at the New University of Cinema and Television in Rome, under the guidance of Masters Giuseppe De Santis, Carlo Lizzani and Florestano Vancini.

He has furthered his studies in Foreign Politics in France ( Paris) at the Documentation Français ( 1070/71 ).

He attended in London the English courses at the Language Studies International at Ridgemount Street.

He was made ordinary Professor ( winner of Championship ) of History and Philosophy at the High Schools from 1971 to 1981.

Has been for many years teacher of Law and Media Communication at the Libera Università Internazionale degli Studi Sociali in Rome ( LUISS).

Presidency of the Cabinet - Undersecretary of State. He was member of the team in the Secretariat of the Undersecretary Francesco Compagna, in the government of Spadolini ( 1981/1982 ).

Ministry of Merchant Navy. He was member of Team in the Secretariat of the Undersecretary of State ( 1983/1984).

Ministry of Finance. He was Chief Secretariat of the Ministry (1987/1988) He played an active role in the Unification of the Fiscal Disciplines regarding Real Estate, Tax Offices and Unified Text for direct taxes. He also made a particular contribution to the revision of Income Tax.

Ministry of the Interior. He was Chief Secretariat of the Ministry (1988/1991) He participated in the local ‘Autonomy Reform’ with particular reference to metropolitan areas and local authority. He published many articles in papers and specialized magazines. He helped elaborate Legislative Initiatives for the fight against organized crime, the modification of the Rognoni-La Torre Law, contributed materials for controls for tenders and subcontracts, and helped elaborate the Law against kidnapping. He participated at the Bilateral Summits for the fight against crime, drugs, money laundering in particular for the Italy-USA Summits. Has participated at the Berlin Congress for International Cooperation against crime. 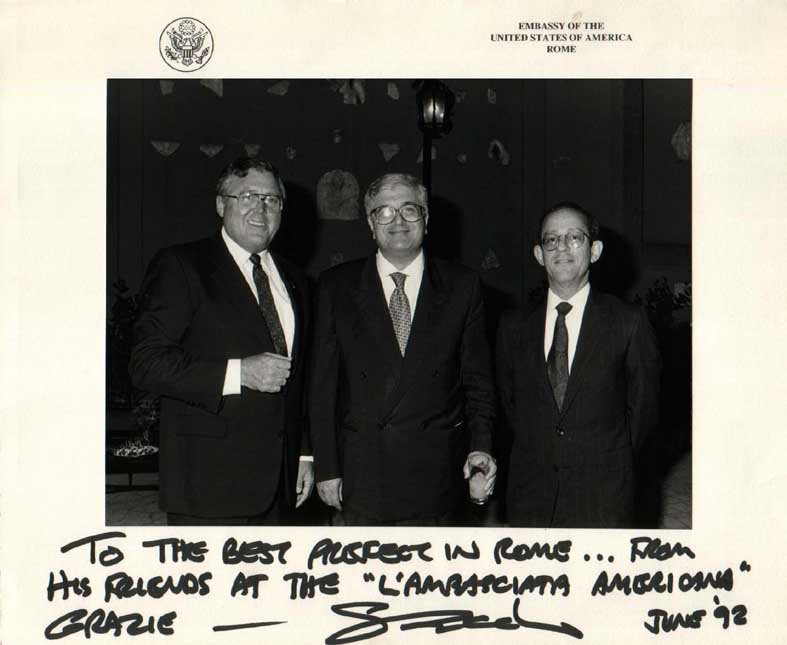 Has organized the First National Conference on Lawfulness (1991), with the audience with Pope Giovanni Paolo II in the Vatican. 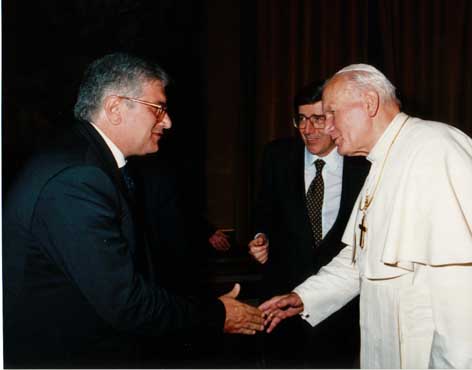 Internal Ministry. Has been nominated by the Government Andreottti 1st Class Prefect (Aprile 1991). 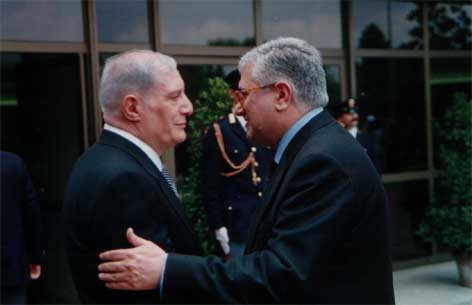